The 5k race is a long distance road race that spans a distance of five kilometers, hence the admittedly unimaginative name.

While it is the shortest distance of any road race event, it is often considered a huge milestone and great personal achievement, whether it’s your first 5k or you’re a veteran runner.

Because there’s typically a mixture of faster, experienced runners and beginning runners, and even walkers; 5k completion times tend to be substantially different for various people.

If we’re just generalizing, then anywhere from 13 to 19 minutes is a good time to be considered amongst the fastest runners.

If we were to be more specific in our answers though, we would need to take into consideration the factor of gender.

That’s right, whether or not you are male or female makes a significant difference.

There are other things to consider as well but don’t worry, we’ll help you navigate through what makes good 5k times and even how you can improve your own. 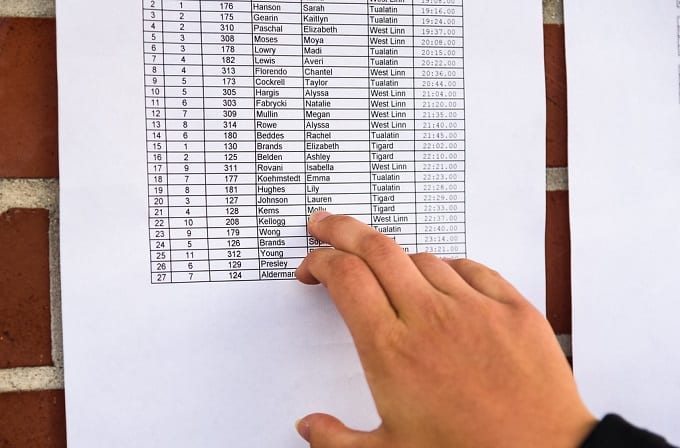 If we were to dig deeper into that answer; a first place running male would need to finish at around 13 to 15 minutes.

A first place running female would need to complete the course at around 16 to 19 minutes.

Although it may not seem so important at first, the differences in both the male and female bodies – in this case, muscle mass – can and often times do result in differing speeds.

Men have more fast-twitch muscles (which allow for movement in powerful bursts, but tire quickly) and this provides them the ability to run faster.

There is a study, however, that women may have the advantage when it comes to running longer distances.

During the test race, non-elite men were shown to decrease in speed.

The researchers were of the (scientifically informed) opinion that it may have had to do with the different decision-making processes that men and women have toward accomplishing tasks.

All in all, 5k times can be pretty subjective depending on the person in question. As you may have already gathered from reading so far, men tend to finish faster than women.

By using a system called age-grading, you can compare your race times to others while factoring in your gender and age group.

There’s this running tool called an age-graded calculator that will allow you to figure out your age-graded race time and compare it to other runners.

While there’s nothing you can do about your age at the time you decide to run a 5k, you can train yourself up to where you stand a better chance of finishing amongst the quicker competition.

How Can You Achieve A Faster Run Time?

There are training programs for beginner, intermediate, and advanced runners looking to reach that 13 to 19-minute running time.

Each program lasts for an eight-week period and can help improve your 5k times if you do them properly.

These will get you ready to run at your personal best and increase your chances by helping you build up your slow-twitch muscles which in turn build your endurance.

This will get anybody able to run ready for a 5k and ensure that you make it all the way to the finish line. Also take cardio supplements if you feel like it’s a struggle.

Beginners should do the following workouts:

Mondays and Fridays – These are the days you rest. Your body needs to recover from all of the efforts you put into building your body. Rest allows your body to repair itself, you can take easy strolls, but nothing more strenuous.

Tuesdays and Saturdays – Warm up, and take a comfortable run. Cool down and be sure to stretch when you’re done.

Wednesdays – This is cross-training day. You can do jumping jacks, swim or jump rope any of these activities will give your joints and muscles a break.

Thursdays – Do these runs at the pace you intend to run at during the 5K make sure to warm up before and cool down after.

Sundays – Sundays are for active recovery. Again you’ll be running at a comfortable pace and in the process loosen up your muscles. 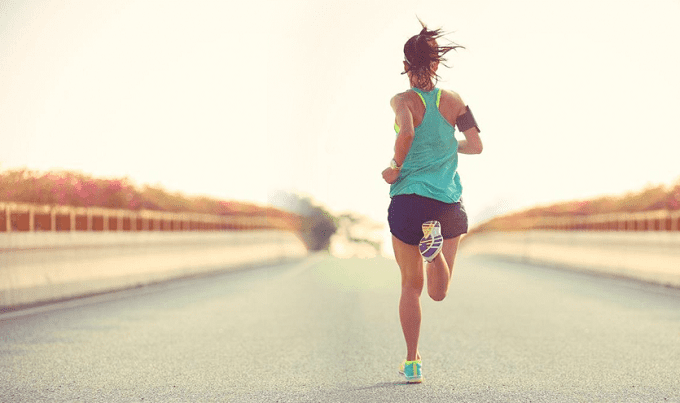 The intermediate program is for runners who have a bit of experience but aren’t exactly what you’d call elites.

This program is meant to help these runners get even better and get ever closer to that winning spot in the 5k.

Your workout plan is as follows:

Thursday Tempo Runs – These help you develop your anaerobic threshold. This means that your body is working so hard that your cardiovascular system can’t oxygenate your muscles fast enough. This, in turn, gives you more muscle strength and endurance.

Friday Interval Workouts (IW) – Warm up first and then run 400-meters (one lap around a track) hard then recover afterward by jogging or running an additional 400 meters after that. Finally, cool down with a 10-minute easy jog.

Saturday Long Run – Of course, you would first warm up, run at a pace that is comfortable for you, cool down, and stretch after you are done.

Easy Sunday – This is the day that you rest or rather, actively recover. Just loosen up your muscles by taking an easy run.

Monday Cross-training – Cross-training lets you work on your cardio while letting your muscles and joints take a long-earned breather. Here, you can do anything that improves your cardio; swim, ride a bike, anything for approximately 45 to 60 minutes.

Tuesday Rest – This one is self-explanatory. You need to rest so that you can prevent injury. Rest lets you repair your injuries and build the muscles up. Without it, you aren’t going to get any better, so make sure to do it.

This last training schedule is for advanced runners.

The 5k run may be short, but the race can taxing even for experienced runners so training can work wonders for improving their 5K times.

The exercises that you’ll need to better your running time are as follows:

Cross-training – As with the intermediate training, this rests your muscles and joints. Take a nice bike ride and the cardio you get out of it will do you a lot of good.

Interval Workouts – Here you’ll do the same as with the intermediate training, warm up do your 400-meter run, and cool down with a nice walk or jog – same 400 meters as before.

Wednesday and Saturday Run – Do the obligatory warm up and then run at a comfortable pace for two days back-to-back. As always cool down and stretch.

Tempo Run – This one might be a bit familiar to you. It increases your endurance and muscle strength due to your cardiovascular system being unable to provide you with oxygen.

Rest – Exactly what it sounds like. You need to rest in order for all of these exercises to actually take effect.

You don’t have to alternate the days in these specific ways. You can set the training days to suit your needs, just don’t do two intense speed workouts twice in a row.

How Can You Cut Your Time? 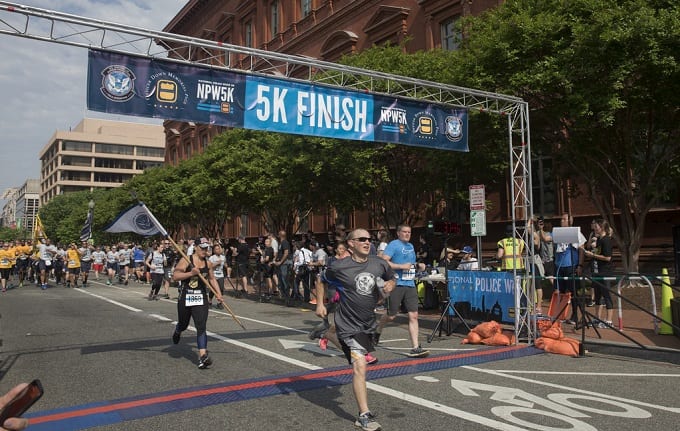 This can be considered the second half of working toward faster 5k times.

Now that you know how to train your endurance, you can actually lower your completion time.

Those fast-twitch muscles we spoke about earlier are what’s really going to save the day here. In order to train those up, try uphill sprinting.

To be precise, sprint up a road that steep, but not so much that you can’t maintain your normal pace and then do this two-part exercise:

Here you’ll sprint uphill at what is almost your full speed – so about 95% percent of effort should be put in – for 6 to 10 seconds.

This next part is dependent on your level of fitness, but then do four to eight reps while walking downhill. Breaks in between each rep should be one to five minutes.

Sprinting downhill should take around the same amount of your full effort which is about 85 to 95% percent.

Doing this builds up protection from future quad soreness. Run for eight to 15 seconds but build these reps slowly and limit your pace to keep stability and control.

Next, do eight to ten reps back uphill and time your breaks from one to five minutes.

A cool down jog when you’re done is fine, but do not attempt a distance run or even more of these routines once you’ve done this set.

You can also add other exercises to this regimen like bounding, skipping, and hoping to improve fast-twitch muscles too.

To sum up 5k times in a nutshell; 13 to 19 minutes in general is what would put you amongst the best runners.

If you want to reach these speeds, first, train your endurance with distance runs and cross-training and rest; you can then work on cutting your time by strengthening your fast-twitch muscles.

The most important thing to remember is that these times are subjective, you should just concentrate on yourself and cross the finish line!